This map of an integrated Greater Glasgow transport system is a project I've been working on for what seems like an age. It's still far from finished (lacking labels and a key etc.) but it is now - finally - all plotted out and I think I've been fairly successful in finding the right balance between 'real world' geography and the intuitive usability of diagrammatic mapping. It involves all of the conurbation's current surface rail and subway lines, in addition to a large number of projects (mostly the reinstatement of former routes) that have been mooted in the past few years; the world's third-oldest subway system finally gets an extension! 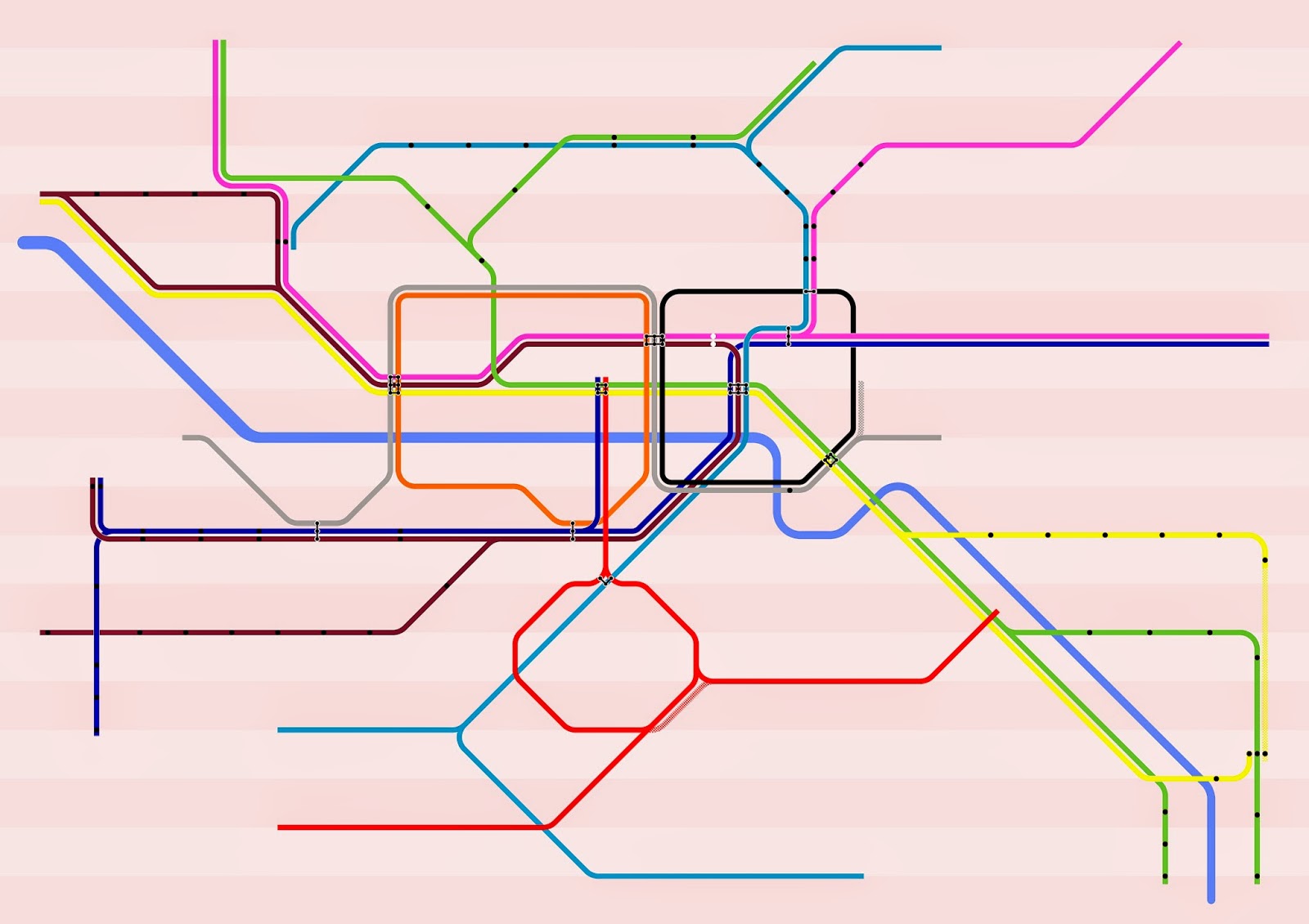 In addition to my absolute obsession with transit mapping and the work of Beck, Vignelli et al, this diagram is the product of my frustration at the lack of a contemporary map for Glasgow's commuter rail network, which is, even without the additions found here, a fairly substantial system. Ideally, I'd love the city to be served by a fully integrated S-Bahn style system centred on the 'Glasgow Crossrail' plan and a revived Glasgow Cross station (the southernmost interchange on the cut-out below). 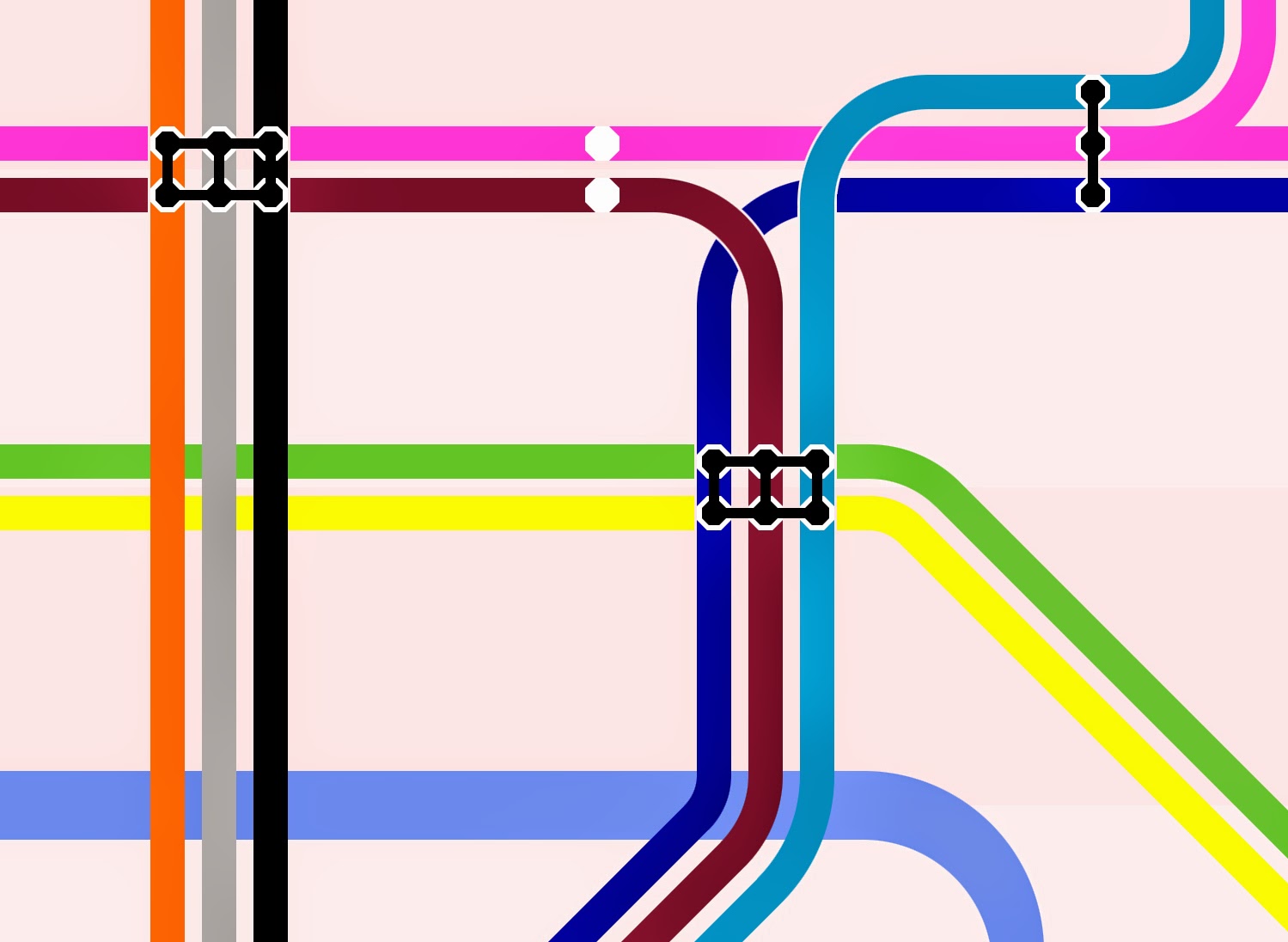 I will hopefully bring you the finished product fairly soon. Until then, you'll have to make do with this bus replacement service!
Posted by Unknown at 18:06