I wanted to display the finishing times of this year's survivors of La Grande Boucle in a neat infographic. Here the 154 riders who made it all the way from Utrecht to Paris are arranged between the times of the 2015 Maillot Jaune, Chris Froome, and the Lanterne Rouge, Sébastien Chavanel. The huge time differential between the 16th and 17th placed riders - Thibaut Pinot and Roman Kreuziger respectively - shows how much further the so-called 'heads of state' will push themselves when compared to even the strongest super-domestiques while the significant time gaps between those riders finishing in the final few positions is also of interest.

Also displayed is a graphic showing where riders abandoned this year's tour. In addition to the expected casualties in the high mountains, a significant part of the peloton failed to finish the first week.

To maintain the simplicity of a clean infographic visual motifs are presented in a line-drawn style. The lettering in the title, meanwhile, attempts to evoke the qualities of a c.1930s French travel poster. 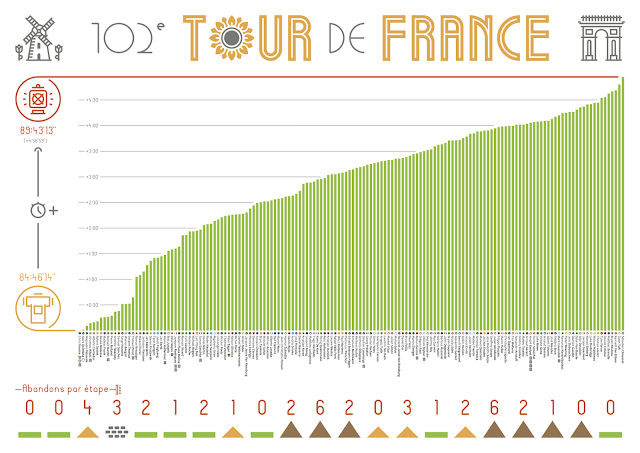 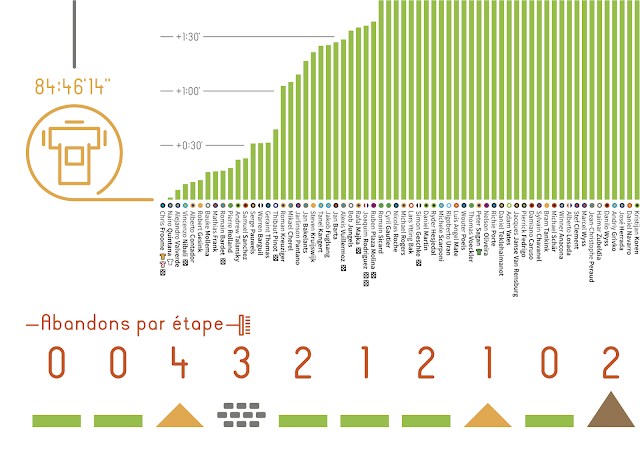