As one of the world's most esoteric societies there is much about Japan that I find genuinely fascinating. The Cherry Blossom Front - or Sakura Zensen - where people up and down the country eagerly anticipate the flowering of the cherry tree between March and May is one area where the Japanese excel themselves in their cultural idiosyncrasy. Through the use of maps resembling those used in weather forecasts various media agencies keep the population updated on the progress of the blossoms (and the coming of spring) as the spectacle moves up the country from subtropical southern Kyushu to the northern extremities of Hokkaido a full two months later.

To celebrate this year's forecast I have designed my own - purely artistic - map of the 'front', taking cues from the pared-down traditions of Japanese art and design and my abiding love of schematic mapping.

Happy Hanami to all those enjoying 2016's display! 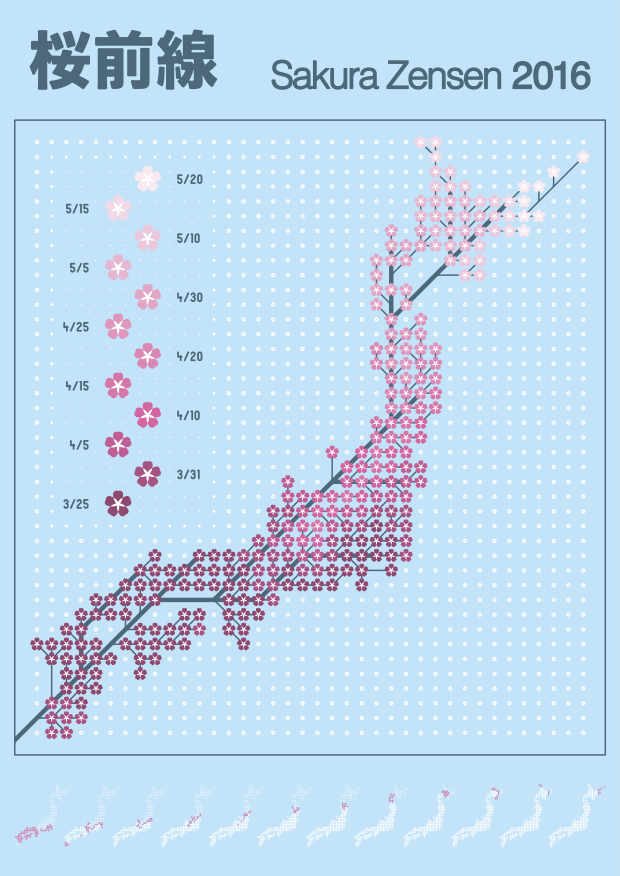 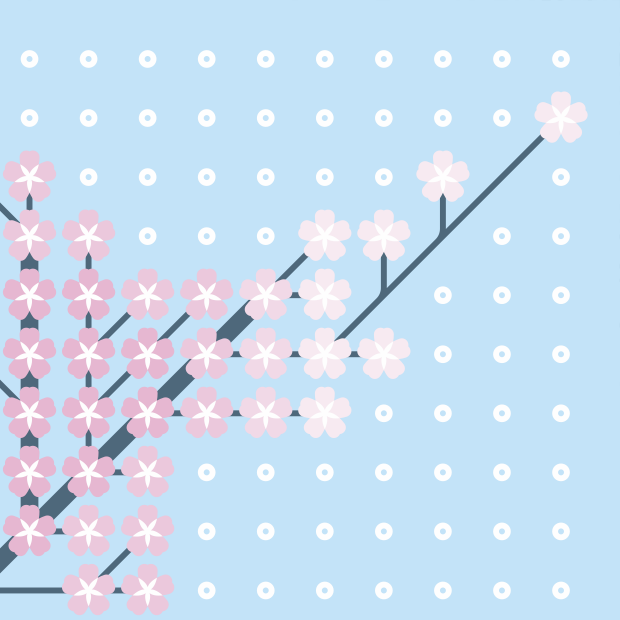 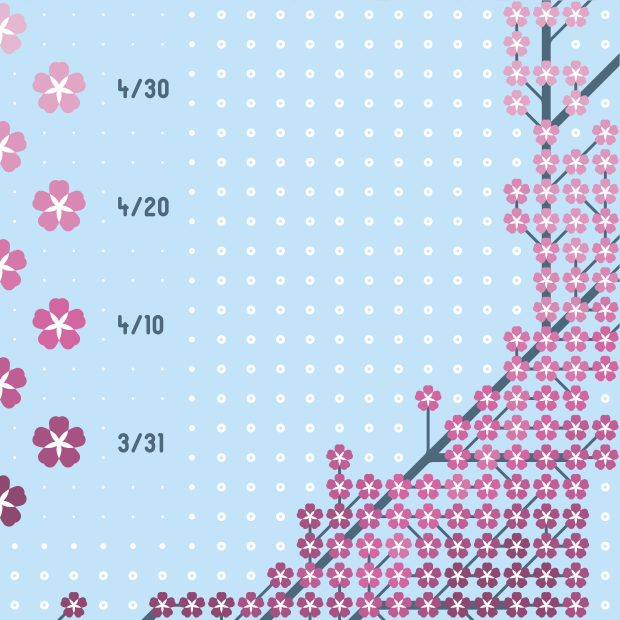 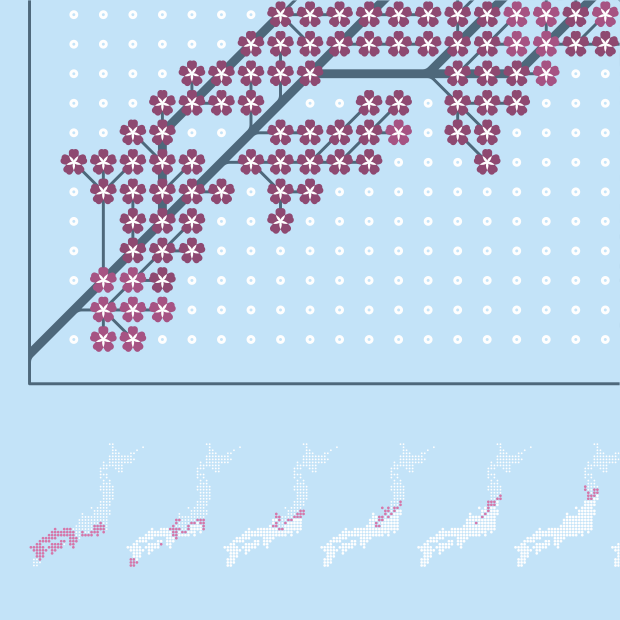