It's been over two years now since I published my Glasgow commuter rail / subway map so I felt it was high time I revisited the genre and got my schematic mapping pixels out of the cupboard.

Manchester was the obvious choice because, firstly, I grew up in the shadow of the city and, secondly, the ongoing scheme to connect its two main rail termini via the Ordsall Chord (alongside other improvements) has the power to genuinely revolutionise rail travel in the region. I've endeavoured to match the ambition of the project with a comprehensive update of the existing TfGM rail/tram map which is, in my opinion, both overly cramped and completely uninspiring.

The newly connected central sections are emphasized by smoothly spinning cross-city and inter-regional routes into a sort 'vortex', putting Manchester and Salford's city centres at the centre of a transport 'galaxy'. While outer areas follow the standard 90' and 45' 'rules' of modern transport mapping design, this curvilinear interpretation seemed the most practical and visually pleasing solution for the design of the conurbation's core. It certainly compares favourably with the bitty, jarring treatment of inner city sections on the official map.

There's still a long way to go with this. As much as anything else, I'll need wait to see what the exact distribution of service patterns will be: 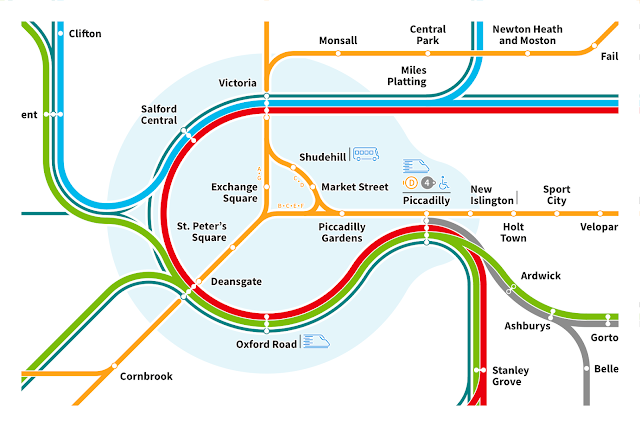 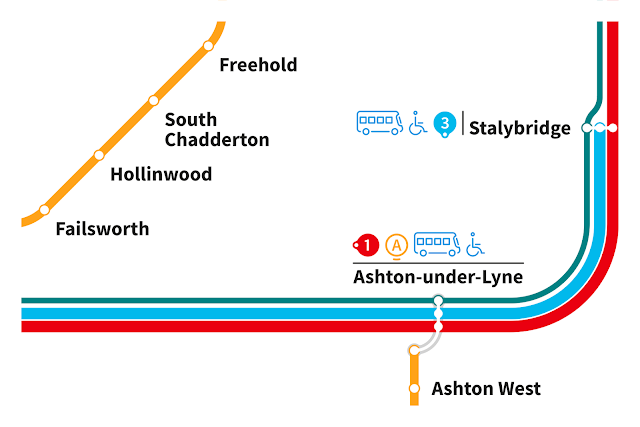 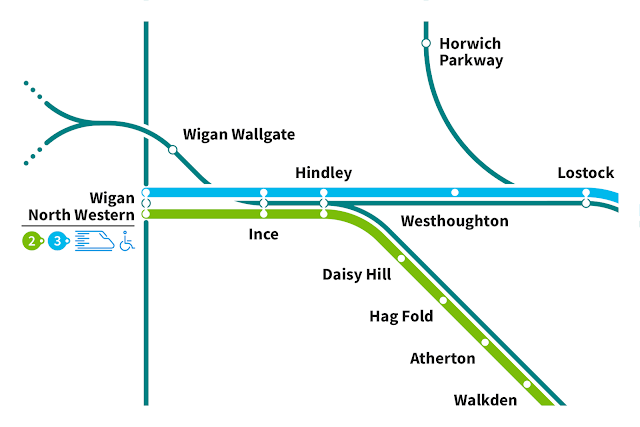